There is nothing quite like the smell of tomatoes that clings to your hands and arms after working in the vegetable garden. The sight of green tomatoes ripening on the vine brings me immense happiness. But oh, if one goes missing, and then

another one and then another one. And nothing makes me quite so angry as the half eaten green tomato, that lays on the ground, wasted, with nothing but a nibble on it from some garden critter. It makes my blood boil.

I could rewrite the handbook for Alcatraz with all the plans I have devised to keep the  vegetables in and the critters out. Mostly without much success. And as I learned that the majority of my loss comes from rats and mice, rather then the often accused squirrels, I found a little trick online. Plastic toy snakes. Now, they will only work for a short while. And you need to move them around a bit. But it confused those critters at least long enough for you to come up with a better plan. 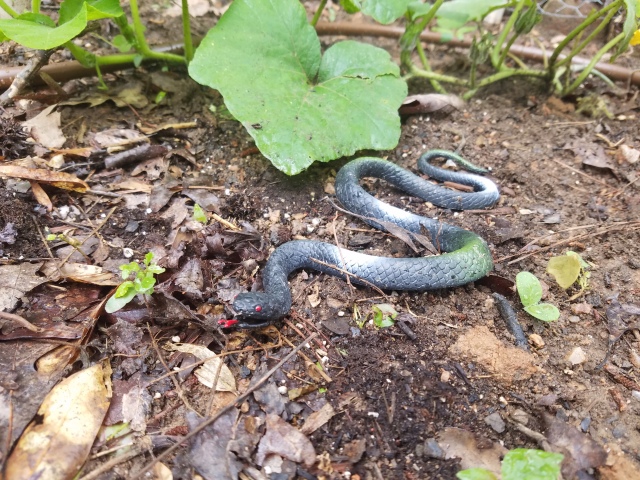 One thought on “Quick Tip Tuesday – Snakes in the garden”